Q & A with Director Rod Martel

Why should Lost in Berlin be considered for inclusion in Jewish film festivals? What makes it fresh and distinct from other Jewish films?

While this film has a “Jewish” elements, my goal was to appeal to a larger audience; really anyone who has experienced loss. It’s about what “could have been” and how we construct our lives after the innocence of youth has dissipated.

Will the film appeal to a more general audience? Would it be relevant for other types of film festivals?

The film deals with the very ironic and at times, humorous scourge of memory-loss, which at times is agonizing and at other times, actually comforting.

How is Lost in Berlin different from other Holocaust films?

There are hundreds of Holocaust-themed films available. This film is really about the way we as children FEEL our parent’s struggles, but at a young age do not possess the tools to articulate our inner experiences other than through sounds, smells and imagery. 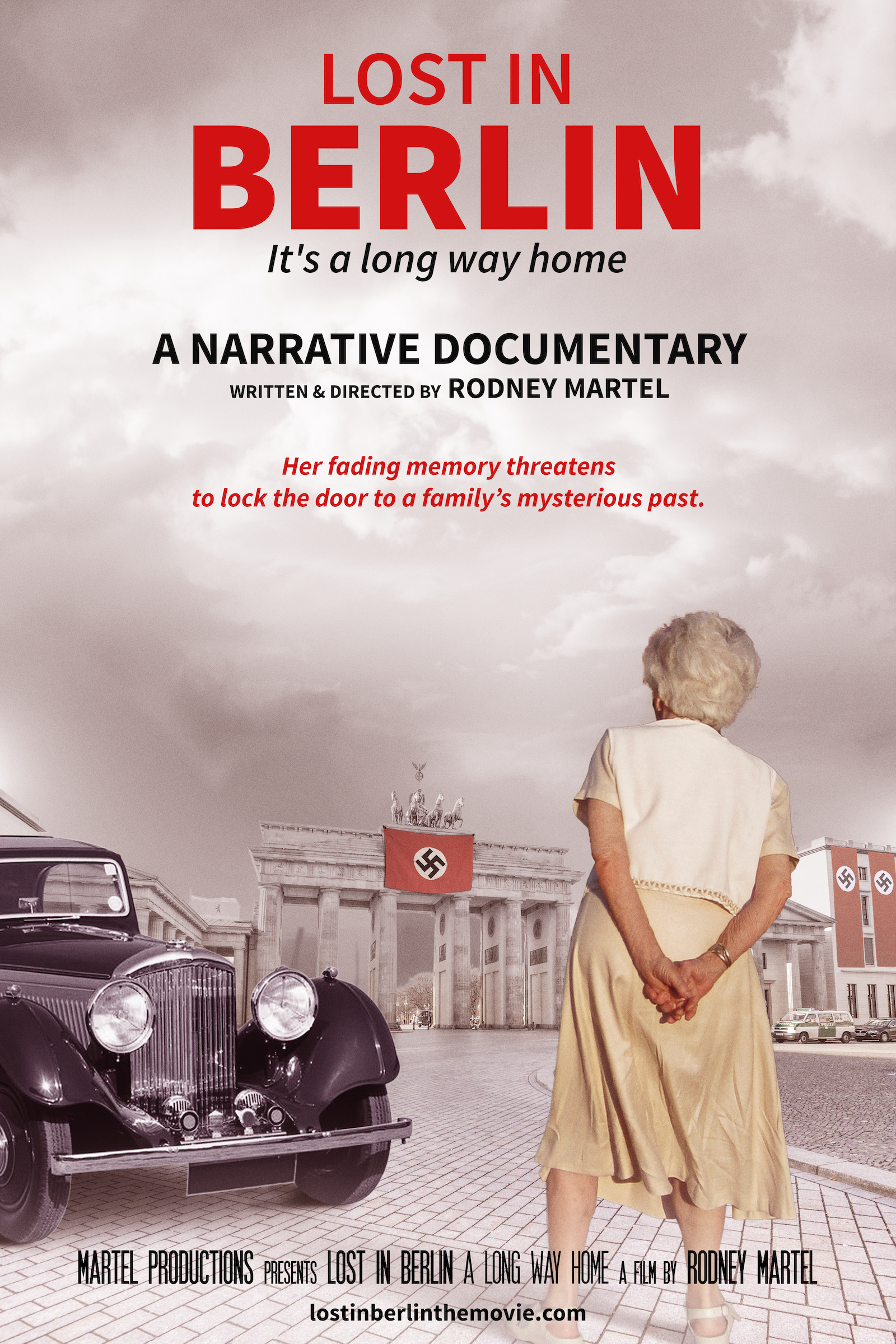 Why did you decide to make Lost In Berlin?

My mother, Gerda, was an unbelievably unique individual. Everyone who came into contact with her, was impressed, fascinated, and at times appalled with her unconventional way of interacting with the world. I think I instinctively knew this growing up, because I actually saved many of the notes and artifacts of my life with her. It was as if I wanted to remember all of this and seek out witnesses later on, so I kept the “proof.” Once she moved to Minneapolis from the Canary Islands at the age of 89, I began recording her constantly, some might say obsessively. It paid off when I finally made the film.

The story is told from your family perspective. What makes it compelling for other viewers?

My mother in and of herself was an interesting character. Combine that with the fact that her father, Karl Freund, was a famous director/cinematographer, her grandfather, Leo Liepmannssohn, was one of the most famous antiquarians of his time and that her mother (my grandmother) Susette was murdered in a mental institution under the auspices of The Third Reich and you’ve got some pretty interesting permutations.

How has your journey to seek the truth evolved and how is that reflected in the film?

I think like most children, we grow up thinking our parents are more competent than they really are. Growing up, I judged my parents for some of the ways they were different from my friends’ mothers and fathers. Once I matured, and did research about their lives, I began to understand the almost insurmountable challenges they had to face. I lost all sense of blame and replaced it with compassion and even a respect for how hard they worked to shelter us from their life struggles.